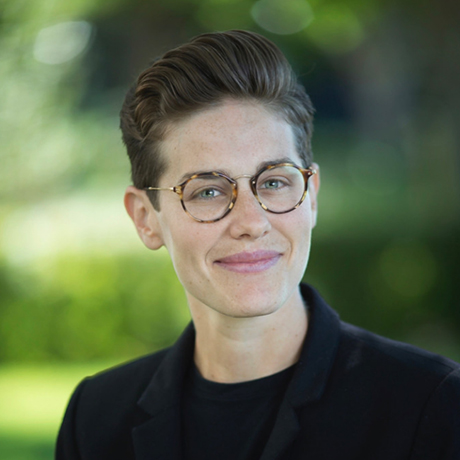 In their role as our Director of Business Development, Leo brings a radically joyful approach to finance and working with new and prospective investors at Adasina Social Capital. Combining an extensive knowledge of traditional financial markets with a commitment to social justice, Leo specializes in helping new clients better understand our work and empowering them to take action by aligning their investments with their values.

With a lifelong love of music and a calling to help others, Leo originally set out on a path early in their career to become a music educator. They earned two Bachelor’s degrees in Jazz Trumpet Studies and Music Education from California State University, Sacramento, but realized shortly after graduation a yearning to be a part of something bigger than individualized education could provide. Thus, prior to their career in finance, Leo spent the first six years out of college doing what their friends and family call “character building,” as they learned first-hand how the world, the economy, and our social structures actually work. They explored work in multiple industries ranging from managing a fair-trade import warehouse to running a kids’ outdoor education camp in the hills of the East Bay to providing tech support as a specialist at Apple, Inc.

In 2016, Leo discovered that they could combine their savvy for technology, their natural ability for connecting with people, and their affinity for economics as a Financial Advisor and became a licensed Investment Advisor Representative for a registered investment advisory firm. It was here that they cut their teeth as a 401(k) participant educator and eventually grew into a financial planner, providing advice and education in stocks, bonds, asset allocation, and everything in between.

Over the years, Leo became aware of a growing disconnect between their personal progressive values and the work they did every day with their clients. While they enjoyed helping individuals build their own wealth through planning, they knew that the investments they were recommending were only perpetuating the problem – simultaneously contributing to systems of inequality while widening the expansive racial and gender wealth-gaps. In 2019, they faced a rude awakening about traditional finance and began the search to find an organization that was challenging that status quo. They soon “found their people” here at Adasina and have since become an integral part of the Adasina team.

These days, Leo spends their time meeting with new and prospective investors from all over the world who are interested in learning more about the positive, transformative social justice work of Adasina Social Capital. Leo enjoys geeking out with these folx around investing, sharing impact stories and anecdotes, and deep-diving into how and why we created a new kind of investing, based on the needs of those most impacted by our existing inequitable systems.

Since going vegan over a decade ago, they have become a dedicated animal rights and food justice activist. When they’re not working, you can find Leo writing and playing music, tinkering on home improvement projects, or in the garden “watering” (eating all the tomatoes and persimmons).